The US trade deficit narrowed more than anticipated in November on a fall in imports, government figures showed on Thursday, with drops seen in pharmaceuticals and household goods.

The overall trade deficit dropped $16.3 billion to $61.5 billion in November, according to Commerce Department data.

This was the narrowest deficit since September 2020, and a smaller number than analysts expected.

The figure comes as households shift more spending to services instead of goods, with consumers squeezed by stubbornly high inflation.

In particular, imports fell 6.4 percent to $313.4 billion — with drops seen in pharmaceutical preparations, auto vehicles and parts, along with cell phones and other household items.

Exports slipped two percent to $251.9 billion, data showed, with a slide seen in industrial supplies and materials such as natural gas.

PAY ATTENTION: Сheck out news that is picked exactly for YOU ➡️ find “Recommended for you” block on the home page and enjoy! 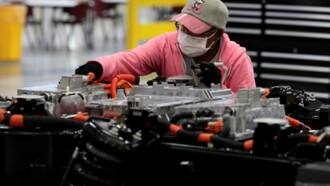 Exports have weakened in recent months as economies worldwide struggle with inflation and higher interest rates, and a stronger US dollar has also made American goods more expensive for foreign consumers.

“Looking ahead, trade flows are likely to slow as global and domestic demand weakens in response to tighter monetary policy,” said chief US economist Rubeela Farooqi of High Frequency Economics.

“However, US exports could see support from a reopening in China eventually, as the economy moves past the current period of disruption from the virus,” she added.

The US deficit with China narrowed further to $20.4 billion in November as well on a drop in imports, while year-to-date goods imports from the European Union exceeded those from China, data showed.

With the latest figures, overall trade is expected to support GDP in the final quarter of 2022, said Ryan Sweet of Oxford Economics. Advance estimates for economic growth are due later in January. But Sweet also cautioned that imports of capital goods made a second straight monthly decline, and this warrants “close watch as business investment is normally the first to weaken ahead of recessions, not consumer spending.”

New feature: Сheck out news that is picked for YOU ➡️ find “Recommended for you” block on the home page and enjoy!