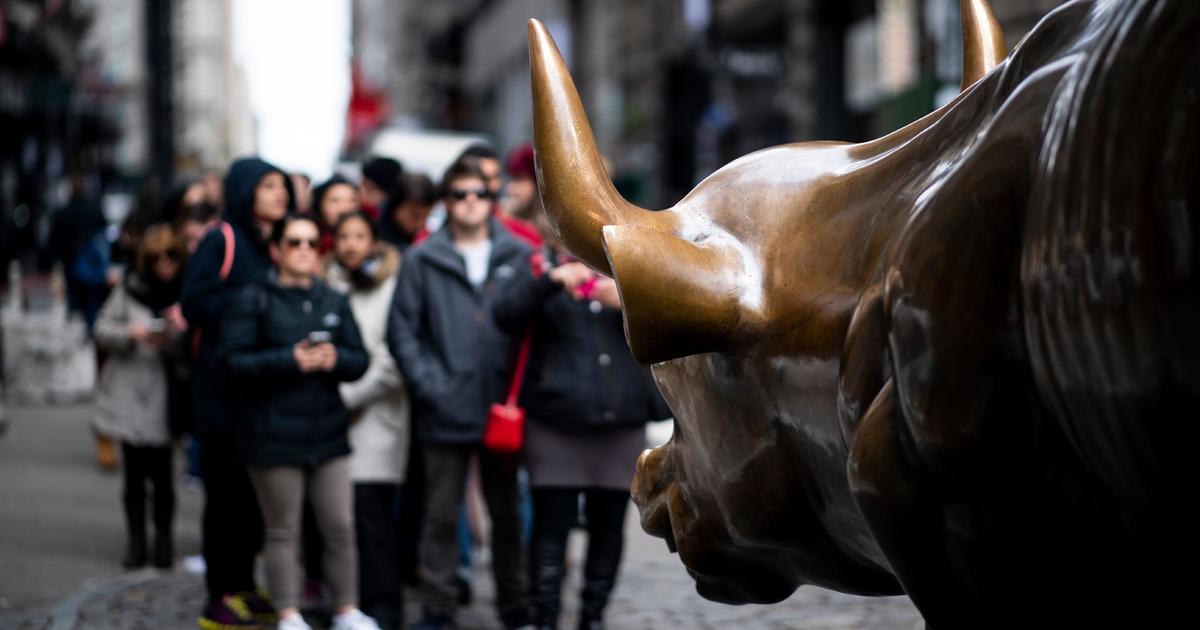 Investors may be happy to shut the door on 2022 after the worst year for stocks since the 2008 financial crisis. Now, Wall Street is assessing whether the new year will further punish investors or if it could offer some relief to battered portfolios.

The first three trading days of 2023 have been mixed. The S&P 500, which fell more than 19% last year, closed down 1.1% on Thursday, erasing a gain of 0.8% on Wednesday. The index also dropped on Tuesday, the first trading day of the new year.

Last year’s decline has led to trillions in wealth losses and caused the typical 401(k) to shed $1 of every $5 through the third quarter, according to Fidelity. Stocks tumbled last year amid concerns over the Federal Reserve’s regime of interest-rate hikes to tame the highest inflation in four decades, moves that have made it more expensive for businesses to borrow and for consumers to buy big-ticket items like homes and cars.

Although inflation remains historically elevated, it is now cooling. The Fed has signaled that it plans more modest interest rates this year than the series of jumbo increases it ordered up in 2022.

“Looking ahead, there is still a lot of uncertainty — the war continues in Ukraine, China is starting to ease its policy of zero COVID,” Bruce Helmer, co-founder of Wealth Enhancement Group, told CBS station WCCO. But, he added, “There are reasons for optimism.”

Here’s what Wall Street pros are predicting for your portfolio in 2023.

Could the market go lower?

Yes, according to Comerica Wealth Management.

“We are of the opinion that for a true low to be achieved, it must be successfully tested, thereby forming a ‘double bottom’,” the bank said in its 2023 market outlook.

Several bear-market rallies last year means that the market may not have truly tested its bottom, the group said in the report. “For a classic ‘double bottom’ to form, we look for the 3,500 range to act as the next level of major technical support for the S&P 500,” it noted.

That means the S&P 500 — now trading at about 3,800 — could slip another 8% before hitting its bottom, which would mark another painful dip for investors. Other Wall Street experts agree that more pain could be in store early this year, with JPMorgan forecasting that the market will “re-test” the lows of 2022 in the first half of 2023.

Some of the steepest declines last year were among tech stocks, as investors fled pricey investments in search of safer bets. Amazon, Apple, Meta, Microsoft and Tesla alone accounted for almost 9% of the S&P 500’s loss last year, according to a research note from UBS head of U.S. equities David Lefkowitz.

But some of these stocks remain risky bets, given their valuations are “still high relative to value stocks,” he added.

Is a stock rebound in the cards?

Although the first months of 2023 may be painful, the stock market could recover later in the year, JPMorgan forecasts.

The market could suffer early in 2023 due to a weaker U.S. economy and rising unemployment as the Fed’s rate hikes ripple through Corporate America and impact household finances.

But those headwinds, which experts warn could broaden into a recession, may convince the Fed to pause on its series of rate hikes, JPMorgan noted. That could drive the stock market higher, pushing the S&P 500 to 4,200 by the end of 2023, or about 10% higher than its current levels, the investment firm predicts.

How would a recession impact the stock market?

Economists think the U.S. could enter a recession this year, although its severity and depth are matters of debate.

If the U.S. entered a deep recession, profits for the S&P 500 companies could decline sharply, bringing down the price-to-earnings multiple to 15 — down from the S&P 500’s current P/E ratio of 17, Comerica forecasts. That would imply the index could tumble as low as 3,000, the bank noted.

For now, however, many economists and Wall Street forecasters are expecting a mild recession, partly because the job market remains a source of strength in the U.S. economy.

How much faith should I put in these forecasts?

Forecasting the direction of the stock market is notoriously difficult. After all, if it were easy, Wall Street would have been prepared for 2022’s nasty tumble, but few predicted last year’s hit from a combination of high inflation, surging interest rate and Russia’s war in Ukraine, which drove up fuel and commodity prices.

Although past performance is no guarantee of future performance, as the saying goes, some experts are pointing to longer-term historical trends to reassure investors that bear markets don’t last forever.

“Keep in mind also that from 1980 to the present, annual returns for the S&P 500 were positive in 32 of 42 years despite intra-year declines averaging 14 percent,” Commonwealth Financial Network said in its 2023 forecast, citing data from JPMorgan Asset Management.

Investment experts point out that longer-term investors, such as workers saving for their retirement, should focus on their financial goals rather than worry about stocks’ day-to-day movements. Many investors are questioning whether they should continue to sock away money in their accounts after last year’s slump, noted Helmer of Wealth Enhancement Group.

That’s a mistake, he said. “Regardless of what we think of short-term economic conditions, if it’s long-term one, in your 401(k) or retirement plan you won’t need for 10, 15 or 20 years or more, the answer is absolutely yes,” Helmer said.

Timing the market is notoriously hard, and research has shown that people who sell stocks during a downturn are likely to miss out when shares rebound, denting their long-term returns.

Instead, experts recommend a strategy called “dollar-cost averaging,” or investing a set amount of money on a regular basis, such as what most people do with their 401(k) plans when they stash money in their account with each paycheck.

Bear markets also don’t last forever, with the average downturn requiring 13 months to go from peak to trough and 27 months to return to breakeven since World War 2.