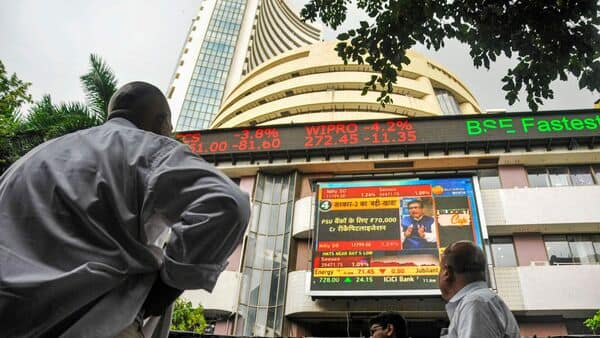 Continued evidence of strength in the US labour market fueled speculation among investors that the Fed has room to keep raising rates, which might push the global economy into recession.

In cryptocurrencies, bitcoin price today slipped with the world’s largest and most popular digital token trading flat with a negative bias at $16,819. Overall, the global cryptocurrency market cap today remained below the $1 trillion mark, as it was down in the last 24 hours to $850 billion, as per the data by CoinGecko.

“The price of Bitcoin has remained below $17,000 due to market volatility following the recent Federal Open Market Committee’s (FOMC) minutes. The FOMC has indicated that it will maintain interest rate hikes, which has caused market participants to react. The current support level for BTC is at $16,800, with resistance at $16,900 and $17,000,” said chief executive officer (CEO) and Co-founder, Edul Patel, Mudrex. (Read More)

Indowind Energy and OCL Iron and Steel will be among the stocks in focus as they declare their December quarter earnings today. Indices continued their downward spiral for the second day on Thursday as it shed 0.5%. (Read More)

The project is expected to be completed within 22 months.

The ministry of corporate affairs (MCA) has accepted the suggestion from the Parliamentary standing committee on finance to bring a new law to police Big Tech and has started work in this area with the idea of tabling a bill in the monsoon session of Parliament, a person informed about the discussions in the government said.

The proposed new law will only apply to large digital firms identified based on parameters like core services, market size, number of business users, consumer traffic on their platform and the volume of transactions. The EU legislation specifies that a set of core service providers, including certain messaging services, video-sharing platforms, cloud computing services and operating systems, who meet market and end user-based thresholds, will be designated as digital gatekeepers. (Read More)

After the closure of bidding for the IPO (Initial Public Offering) of Sah Polymers, bidders are eagerly waiting for the finalisation of share allocation. As per the tentative schedule of the public issue worth ₹66.30 crore, Sah Polymers IPO allotment date is most likely on 9th January 2023.

Meanwhile, due to weak sentiments on Dalal Street, grey market sentiments in regard to the public issue have dropped drastically in the last 60 hours. According to primary market observers, shares of Sah Polymers are available at a premium of Re 1 in the grey market today. (Read More)

Vaishali Parekh of Prabhudas Lilladher has recommended two stocks to buy today, here we list out full details in regard to those intraday stocks for today:

IT firms set to beat earnings forecasts for December quarter

The Indian information technology (IT) services industry, which typically sees a seasonally weak December quarter every year, may beat Street expectations this time, say experts. The large-cap IT firms were earlier expected to report a weak December quarter amid concerns around inflation in the key western markets of the US and Europe. (Read More)

The S&P 500 and the Nasdaq 100 each lost more than 1% after hiring numbers surpassed estimates in a private payrolls report and new claims for unemployment benefits unexpectedly fell last week. The policy-sensitive, two-year Treasury yield climbed the most in a month. The dollar strengthened versus major peers.

Dovish comments from St. Louis Fed President James Bullard, who said rates are getting closer to a sufficiently restrictive zone, briefly improved sentiment but were not enough to divert focus from hiring data. The Fed has suggested that a tight labour market remains a threat to its efforts to slow inflation, ramping up the stakes for government employment figures due early Friday.

At the same time, officials remain worried that financial conditions could get too loose to effectively crimp economic growth, even after the Fed embarked on the most aggressive tightening campaign in decades. (Bloomberg)