The past is history. The future is a mystery. But that doesn’t stop analysts from making attempts to gaze into their crystal balls to forecast what the new year holds.

Last year was disastrous, with the S&P 500 falling 19.4%. It’s only declined that much seven times ever. Will the stock market recover in 2023? Here’s what Wall Street thinks. 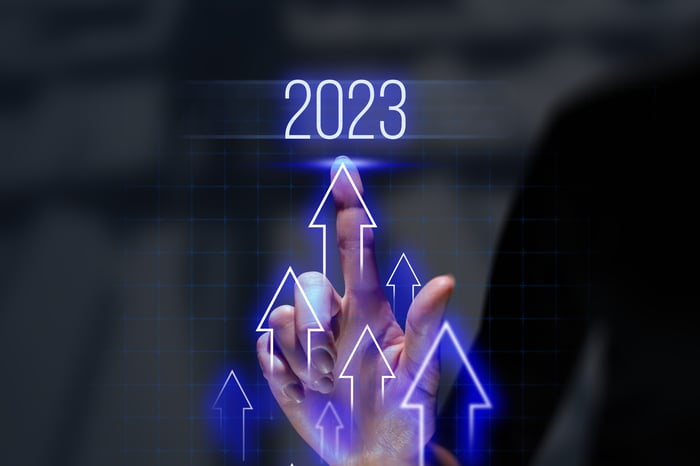 Overall, Wall Street analysts appear to be optimistic about the stock market in 2023. But it’s weak optimism at best.

Morgan Stanley (MS 1.91%) analyst Mike Wilson thinks that the S&P 500 will finish the year at around 3,900. That’s only 1.6% higher than its close at the end of 2022. However, he told CNBC that “it’s going to be a wild ride” with the index potentially plunging early in the year.

UBS (UBS 1.69%) is on the same page. The investment firm expects the S&P to end 2023 around 3900. Like Morgan Stanley, UBS anticipates that the market could slide more over the near term but gain strength in the latter part of the year.

Bank of America (BAC 1.00%) is a little more optimistic. It projects that the S&P 500 will close 2023 at 4,000 — a 4% year-over-year gain. The company believes that bonds will outperform stocks in the first half of the year, with the scenario reversing in the second half.

J.P. Morgan‘s (JPM 1.91%) Dubravko Lakos-Buja ranks among the most bullish on Wall Street. He thinks that the S&P 500 could rise around 9% to 4,200 by the end of this year. Lakos-Buja is hoping that a pivot by the Federal Reserve will provide a much-needed spark.

However, not everyone sees the new year with rose-colored glasses. Goldman Sachs (GS 1.26%) looks for flat returns from the S&P 500, although it expects that the U.S. will avoid a recession.

Should you bet the farm on Wall Street’s predictions? The short answer is no. The long answer is… n-o-o-o-o-o-o. Their recent track records are uninspiring, to say the least.

J. P. Morgan set its target only slightly lower at 5,050. Chief U.S. equity strategist Lakos-Bujas even said that “equities have already priced in a more aggressive Fed.” But history proved that they hadn’t.

Bank of America was more prescient. In a note to investors near the end of 2021, the company’s analysts wrote, “There are too many similarities between today and 1999/2000 to ignore.” BofA predicted a “slightly negative year” for stocks in 2022. The company’s year-end 2022 S&P 500 target price of 4,600 wasn’t nearly bearish enough, though.

Morgan Stanley projected that the S&P 500 would close out 2022 at 4,400. The index actually finished the year nearly 9% lower than that level. To be fair, though, Morgan Stanley did warn investors to avoid both stocks and bonds last year.

Ultimately, it doesn’t matter what Wall Street thinks about the future. What really matters is what you do about it.

Historically, the S&P 500 has usually bounced back in a big way in the year following a steep sell-off. More importantly, it has delivered positive returns in 94% of all 10-year periods and every 20-year period since the index was created.

The smartest approach is to invest with a long-term perspective. The future won’t be nearly as scary if you do.