Wall Street’s main indexes slumped on the first trading day of the new year, after closing out 2022 with their worst performance in 14 years.

The main US stock indexes ended 2022 with their steepest annual losses since 2008 against the backdrop of the Fed‘s fastest pace of rate hikes since the 1980s. 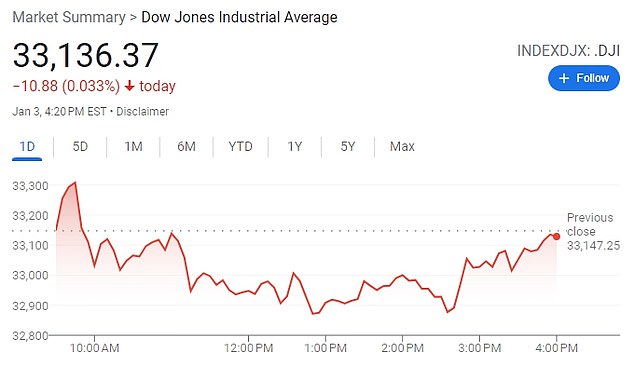 At the closing bell on Tuesday, the Dow Jones Industrial Average was down 11 points 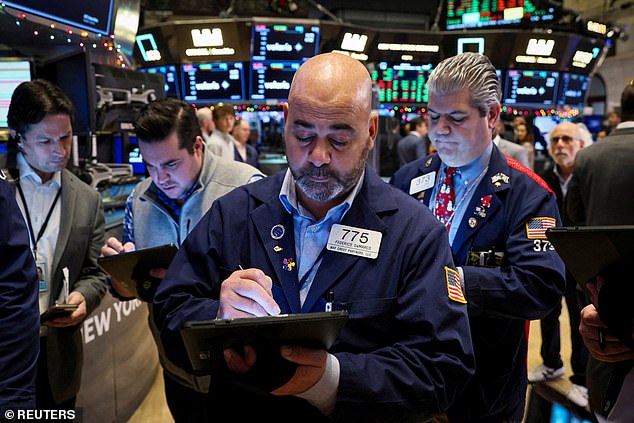 Wall Street’s main indexes slumped on the first trading day of the new year, after closing out 2022 with their worst performance in 14 years (file photo)

Tech stocks, which are the most sensitive to interest rates, such as Alphabet, Meta and Amazon, were up between 0.55 percent and 2.9 percent in midday trading on Tuesday.

‘The good news is that we can put the year in the rearview mirror. The bad news is that 2023 could be a bumpy ride, at least for the first few months,’ Art Hogan, chief market strategist at B. Riley Financial, said.

Tesla stock, which dropped 69 percent in 2022 for its worst year ever, fell 13.9 percent in midday trading as the electric-vehicle maker missed Wall Street estimates for quarterly deliveries.

As investors return from the New Year holidays, focus is now on the likelihood of a recession following aggressive monetary policy tightening.

The head of the International Monetary Fund has also cautioned that 2023 is poised to be a tough year as the U.S., Europe and China all experience weakening economic activity.

Investors on Wednesday will closely monitor the minutes of the Fed’s December policy meeting, when the central bank raised interest rates by 0.5 percentage points after four back-to-back 0.75-point hikes and signaled rates could stay higher for a while. 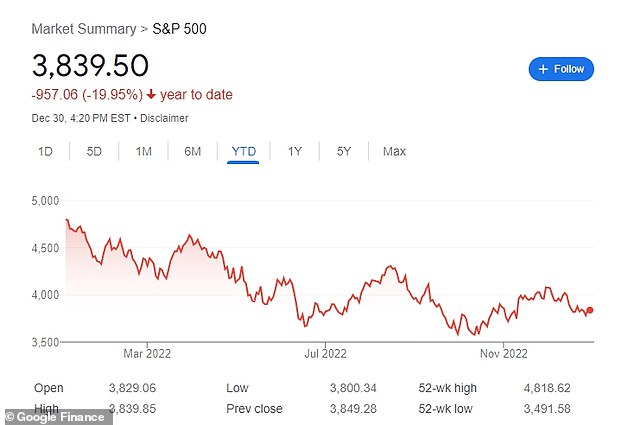 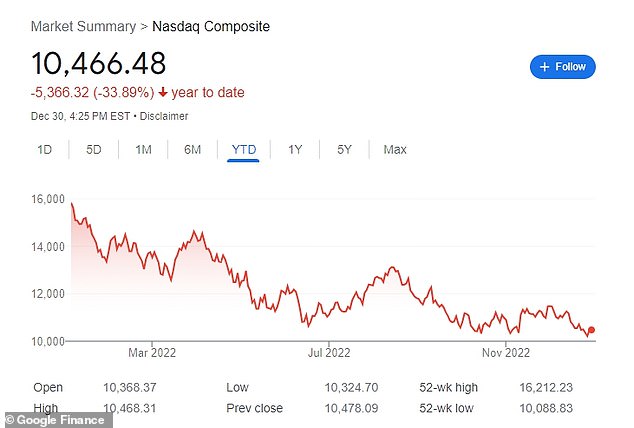 Markets will also be watching a slew of economic data due out this week.

The biggest winners and losers of 2023

Economic data due this week includes December’s job report as well as manufacturing data, which will give further clues on the strength of the economy and the labor market.

Last year, the stock market’s losses were led by technology and other growth stocks, which have most of their projected profits far off in the future and rarely yield dividends.

The Federal Reserve’s fastest pace of rate hikes since the 1980s boosted US Treasury yields and made stocks less attractive, particularly growth stocks.

‘The primary macro reasons … came from a combination of events: the ongoing supply chain disruption that started in 2020, the spike in inflation, the tardiness of the Fed beginning its rate tightening program in the attempt to corral the inflation,’ said Sam Stovall, chief investment strategist at CFRA Research.

Growth stocks were under pressure from rising yields for much of 2022 and have underperformed their economically linked value peers, reversing a trend that had lasted for much of the past decade.

Apple, Alphabet, Microsoft, Nvidia, Amazon and Tesla were among the worst drags on the S&P 500 growth index last year, losing between 28 percent and 66 percent in 2022.