Get Your Free EUR Forecast

It was a very interesting week for the Euro. At one point, EUR/USD was down as much as 2 percent. If those losses were sustained, that would have been the worst week for the single currency since the middle of September. But, the Euro made a comeback on Friday against the US Dollar, reducing losses this week to just about 0.5 percent. It also ended the 6-week winning streak, the most since July 2020.

As last week concluded, we received two critical economic data prints from the United States. The first was December’s non-farm payrolls report. The nation added 223k jobs versus 203k expected. This was also not far off from an estimate I made using the predictive nature of ADP employment data. But, markets were more focused on the miss in average hourly earnings. That clocked in at 4.6% y/y versus 5.0% seen.

A few hours later, ISM Services crossed the wires and this spelled trouble for the economy. The index clocked in at 49.6 versus the 55.0 consensus. Readings below 50 indicate increasingly contracting economic activity and vice versa. The 12.2% decline to 49.6 from 56.5 was the worst since the onset of the global pandemic in 2020.

How to Trade EUR/USD

Such a shock was quickly acknowledged by traders. In the chart below, we can see that markets rapidly repriced the anticipated longer-term path of the Federal Reserve. We lost almost 50 basis points in benchmark lending rates going 3 years out. You can also see this reflected in the 10-year Treasury yield, which suffered the largest weekly drop since February 2022.

With that in mind, all eyes now turn to December’s US inflation report next week. On Thursday, CPI is seen falling to 6.5% y/y from 7.1% in November. The core gauge is seen softening to 5.7% y/y from 6.0% prior. The disappointing average hourly earnings from NFPs have traders likely anticipating a similarly soft outcome in inflation. But, will that bode ill for the US Dollar?

Initially, that is certainly a strong possibility, opening the door for the Euro to capitalize. But, what traders need to understand is that when the US economy hits a snag, particularly if it is sudden, risk aversion tends to strike and it means traders usually park their capital in the Greenback.

So, depending on how economic conditions unfold in the weeks and months ahead, be mindful that near-term Euro gains risk being offset down the road. But, for now, markets may continue to focus on prospects of a less hawkish Fed as data worsens. This may boost the Euro in the short term.

Receive timely and compelling market commentary from the DailyFX team 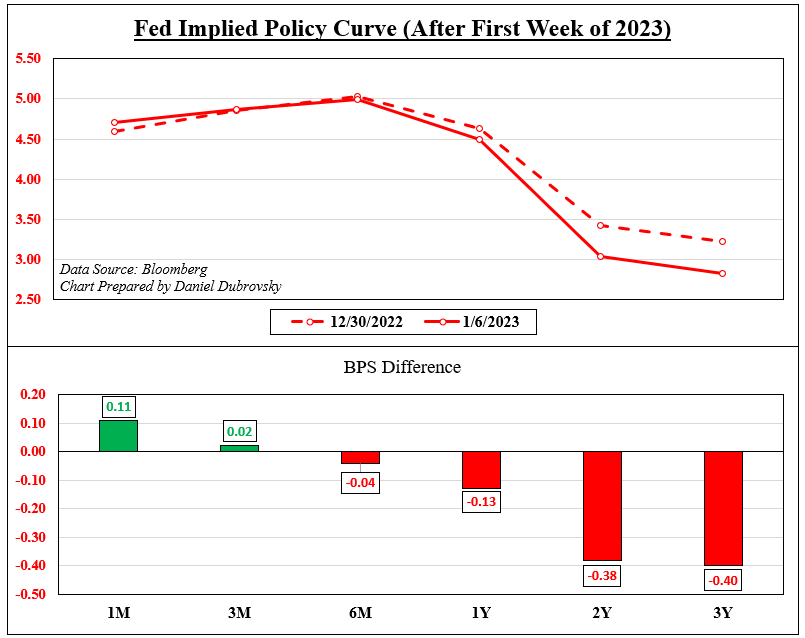