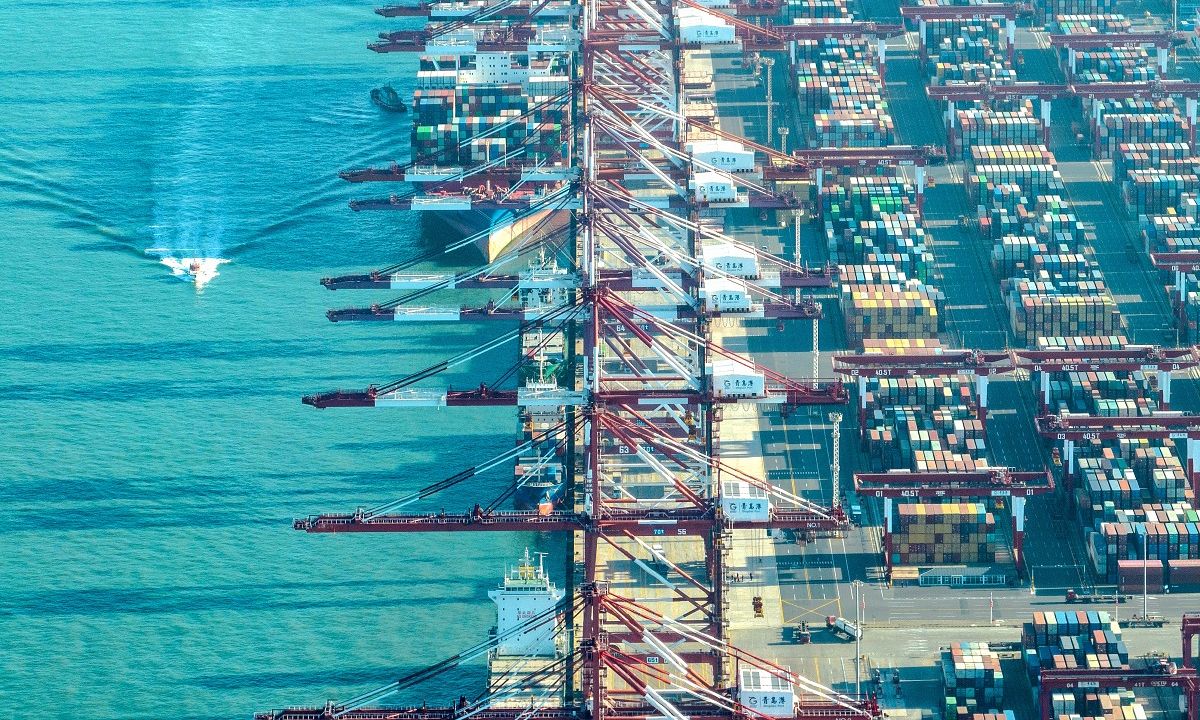 No matter how China adjusts its epidemic prevention and control measures, some in the US always seem to find ways to misinterpret them as posing uncertainty to global supply chains. However, such bias looks increasingly like a cover-up to blur the risk the US economy is about to unleash on the global economy.

The latest example is a report released by the New York Federal Reserve on Friday, which claimed that world supply chain is being challenged by new disruptions in China as the wave of COVID-19 infections threaten to keep pressure on the ability to ship goods out of China. The report noted that China’s recent woes were affecting other Asian economies, and said the future of China’s impact on supply chains is uncertain.

In the latest wave of US and Western media’s smear campaign against the Chinese economy, the impact of China’s epidemic prevention and control policy on the supply chain is one of the major issues under attack. Ironically, whatever optimization or adjustment China has made to its anti-COVID-19 policy, pessimists are never short of reasons to be pessimistic and they can always find the theories for raising the alarm that global supply chains will be affected by uncertainties from China.

Over the past year, the global economy faced severe challenges from rising uncertainties, increasing economic volatility, geopolitical conflicts and frequent natural disasters, which have been pressuring the world’s major economies. In the EU, Russia-Ukraine conflict and energy crisis have left the region in great predicament that may continue in 2023. In China, the economy is still battling with the negative impact of the epidemic, though it is expected to bounce back with the optimization of epidemic control measures this year. In the US, given the state of ongoing high inflation, the Fed is unlikely to change its tightening monetary policy, and the economy is facing a growing possibility of slipping into a recession.

As for the economic prospects for 2023, the Chinese economy is most likely to see accelerated growth as optimization of epidemic control measures are expected to unleash new impetus and lower inflation gives the country room for policy maneuver. Over the past three years, the Chinese manufacturing industry has made positive contribution to maintaining the stability of the global industrial chains and supply chains during the pandemic, offering strong support to the global economic recovery. This offers the foundation for people to believe that with China gradually walking out of the shadow of the epidemic, one thing is almost certain that the pace of China’s economic recovery will accelerate, providing certainty for the global economy in 2023.

By comparison, the problems facing the US are much more serious. With the still high inflation, it is difficult for domestic consumption to rebound, and continuous rate hikes have pushed the economy on the verge of falling into recession. Also, the US’ unilateral sanctions have greatly disrupted the global supply chain. Moreover, the US trade war against China, as well as its abuse of tariff barriers have exacerbated its inflation problem. All these have increased the probability of the US becoming the biggest hidden risk for the global economy in 2023.

It needs to be pointed out that finger-pointing does not help anyone address any challenge. If some in the US continue to point fingers at the Chinese economy, there is every reason to worry that the political atmosphere in the US right now is not conducive to addressing its own economic problems.

Economic development is not a zero-sum game as some in the US hoped. Under the current circumstances, all the major economies should focus on tackling their own economic challenges instead of smearing one another, while also taking into account their impact on the global economy as a whole and try to find ways to tackle global challenges jointly.