Ethereum price has been consolidating since January 3 and has finally triggered an explosive move to the upside. While this move is a bullish development from a technical standpoint, Chinese miner, Jiang Zhouer, says that the long-term ETH consolidation that has been ongoing since June 2022 will end soon.

He added that this range tightening will end in March and May 2023, following which Ethereum price will permanently leave this area and kick-start a bull rally. He stated,

Ethereum price was consolidating in a channel for roughly three weeks, starting from December 16, 2022. However, the breakout on January 6 provided fuel for the sidelined ETH buyers to kick-start a buying spree.

As a result, Ethereum price has rallied nearly 5% so far and eyes a push to collect the liquidity resting above the equal highs at $1,350. Overcoming this hurdle will allow ETH to retest $1,375, which is the midpoint of the larger range, extending from $1,679 to $1,071, formed after the 36% crash in early November 2022.

While these targets might seem enticing for the bulls, investors need to note that it is possible only if Ethereum price manages to overcome the $1,375 hurdle first. 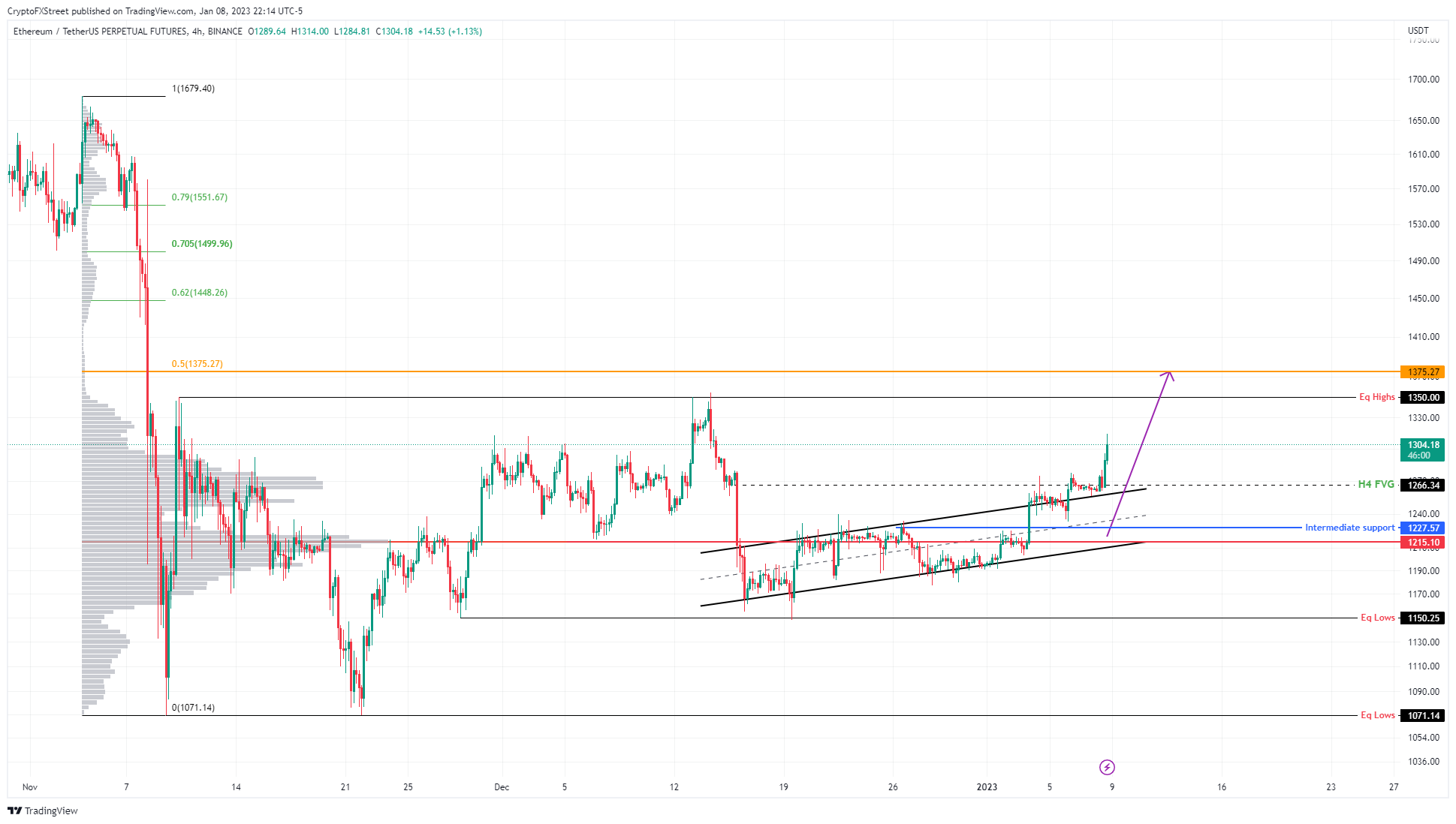 On the other hand, if Ethereum price fails to sustain this recent uptick in buyer interest, it will likely retrace its move. If ETH slides into the parallel channel, it will be the first sign of weakness.

A spike in selling pressure that pushes Ethereum price to produce a four-hour candlestick close below $1,215 will invalidate the bullish thesis. In such a case, ETH will likely slide 5% and sweep the liquidity resting below the equal lows at t$1,150.