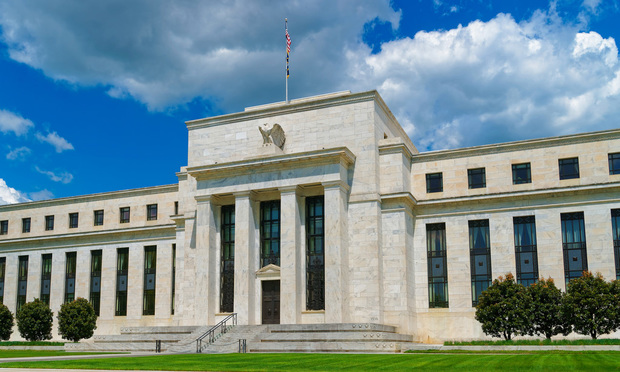 When trying to identify or predict a recession in the US, economists typically reach for national data, which makes sense. The question they look to answer is how the country’s economy is doing. That’s led to a number of techniques, like the Sahm Rule, developed by former Fed economist Claudia Sahm in 2019: an empirical observation about unemployment, of when a recession has already started. Or a related type of calculation that Thomas Mertens, a vice president of economic research at the Federal Reserve Bank of San Francisco, recently shared, suggesting a way to identify that a recession was on its way.

Even more recently, researchers Kevin Kliesen and Cassandra Marks at the Federal Reserve Bank of St. Louis found another one, but this time not a view of national unemployment. Instead, the data is from the state level.

Another branch of the Fed — the Philadelphia regional bank — compiles state coincident indexes (SCIs). “The coincident indexes combine four state-level indicators to summarize current economic conditions in a single statistic,” the bank writes. “The four state-level variables in each coincident index are nonfarm payroll employment, average hours worked in manufacturing by production workers, the unemployment rate, and wage and salary disbursements deflated by the consumer price index (U.S. city average). The trend for each state’s index is set to the trend of its gross domestic product (GDP), so long-term growth in the state’s index matches long-term growth in its GDP.”

The St. Louis researchers found that tallying the month-to-month movement to see the number of states where the index had positive or negative growth was tightly correlated with past recessions. “In sum, a threshold estimate based on this analysis shows that 26 states need to have negative growth in the SCI to have reasonable confidence that the national economy entered into a recession,” they wrote.

A very interesting result, but one that GlobeSt.com avoided writing about earlier because of a data discrepancy. “So, where are we now? In October 2022, 27 states had negative growth in the SCI. That would exceed the six-recession average of 26 states but would fall short of the outlier-adjusted estimate (excluding 2008) of 29,” they wrote. “One caveat is worth noting: Populous states like California, Texas and Florida that have disproportionately large economies can sometimes exert a large influence on national economic activity. This analysis does not adjust for this fact.”

Except, when GlobeSt.com looked at the Philadelphia Fed’s data to see which states had positive or negative growth, only 22 seemed to be in the negative. After asking the St. Louis Fed about the discrepancy and whether there had been a data revision — the most recently available raw data from the Philadelphia Fed was from November, not October, and past economic data is often revised — the answer finally arrived in the form of a new blog post:

“After our blog post was published, the Philadelphia Fed released the November 2022 SCIs; the results reveal the significance of data revisions to this analysis. This release also included revisions (if any) to the previous month’s estimates. In our Dec. 28, 2022, blog post, the data showed that 27 states had negative SCI growth in October. The revised data now show that only 22 states had negative SCI growth in October.”

So, there’s double good news: a potential way to see when the country first slips into a recession, and news that if the technique is accurate, as of November, at least, the US was still not in one.