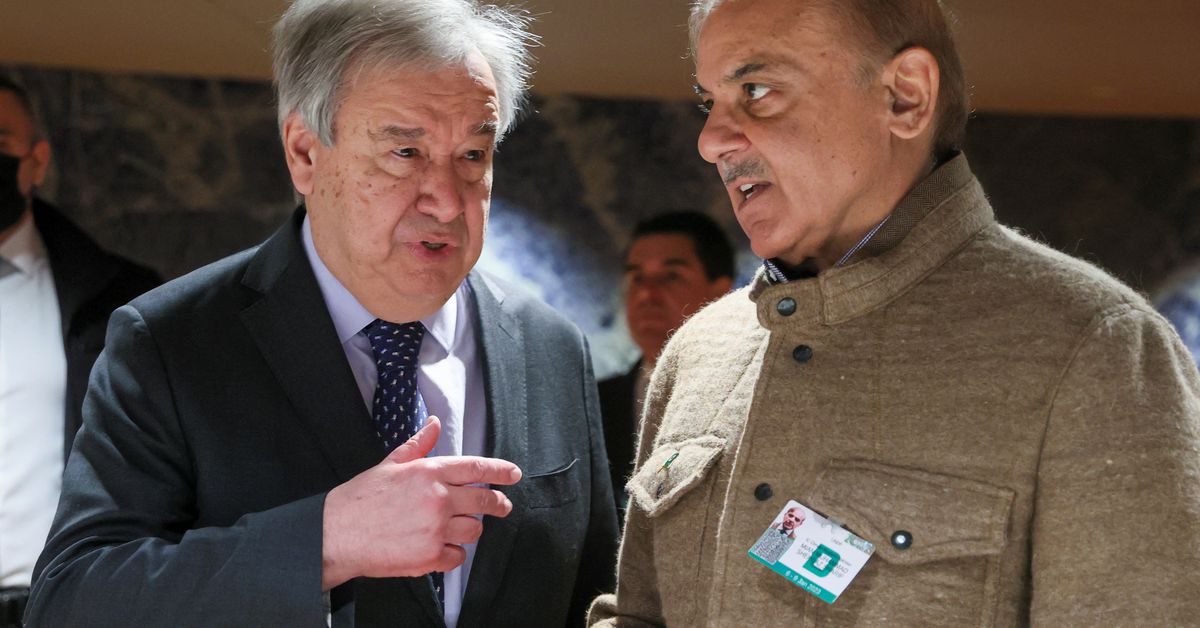 GENEVA, Jan 9 (Reuters) – U.N. Secretary-General Antonio Guterres on Monday called for massive support to help Pakistan with a $16 billion rebuilding effort following devastating floods, saying the country had been the victim of climate chaos and the global financial system.

Officials from some 40 countries as well as private donors and international financial institutions are gathering for a meeting in Geneva as Islamabad seeks support in what is expected to be a major test case for who pays for climate disasters.

“We must match the heroic response of the people of Pakistan with our own efforts and massive investments to strengthen their communities for the future,” Guterres said in opening remarks, calling the floods “a climate disaster of monumental scale”.

“Pakistan is doubly victimized by climate chaos and a morally bankrupt global financial system,” he added, calling for creative ways for developing countries to access debt relief and financing.

Additional funding is crucial to Pakistan amid growing concerns about its ability to pay for imports such as energy and food and to meet sovereign debt obligations abroad. Pakistan’s finance minister will meet an International Monetary Fund delegation on the sidelines of the Geneva meeting.

Pakistan’s Prime Minister Shehbaz Sharif called for a new “coalition of the willing”, saying it needed $8 billion over the next three years. Islamabad will provide the rest.

“I am asking for a new lifeline for people who need to power our economy and re-enter the 21st century with a future that is protected from such extreme risks to human security,” he told the meeting.

But big questions linger over where the rest of the funding will come from, with the initial emergency phase of the disaster response less than half funded, according to U.N. data.

Pakistan was at the forefront of efforts that led to the establishment of a “loss and damage” fund to cover climate-related destruction at COP27 in Egypt, but it is not yet clear if it will be eligible.

In a video message, France President Emmanuel Macron said Paris was ready to support Pakistan in talks with creditors and pledged $10 million in additional aid support.

United Nations’ Development Programme Administrator Achim Steiner said the next phase of the Pakistan response represented a “monumental moment of reckoning for the entire world”.