Here is what you need to know on Monday, January 9:

Markets got another boost for risk assets as China reponed its borders. This saw Asian stocks move higher and the Aussie and Kiwi Dollars gained notably in the currency sphere. JPMorgan was out with a note saying this could add 1% to Australian GDP over the next two years. So far the moves in Europe are more constrained with mixed performance, while the Nikkei and Hang Seng performed positively. Tesla (TSLA) looks for a stronger open on waiting time reports, but Bank of America (BAC) has slashed its price target for Tesla, so it remains to be seen if the gains can hold.

Ferrari (RACE) is named top pick by Bank of America. It’s always a top pick for me!

Tesla (TSLA) delivery time is longer on some China models after discounts.

AstraZeneca Plc (AZN) & CinCor Pharma Inc: The company said it has struck a deal to buy CinCor for up to $1.8 billion to bolster its arsenal of heart and kidney drugs.

Alcoa Corp (AA): The Aluminium producer said it expects production at its partially owned Kwinana alumina refinery in Western Australia to be cut by about 30% due to a shortage of gas supply.

Alibaba Group Holding Ltd (BABA): The Chinese e-commerce giant is planning a logistics hub at Istanbul Airport and a data centre near the Turkish capital Ankara with an investment of more than $1 billion, its president, Michael Evans, was cited as saying.

General Motors Co (GM): The company said Friday it wants the U.S. Treasury to reconsider classification of GM’s electric Cadillac Lyriq to allow it to qualify for federal tax credits.

Macy’s Inc (M): The company said on Friday it expects fourth-quarter sales to come in at the lower end of its forecast. 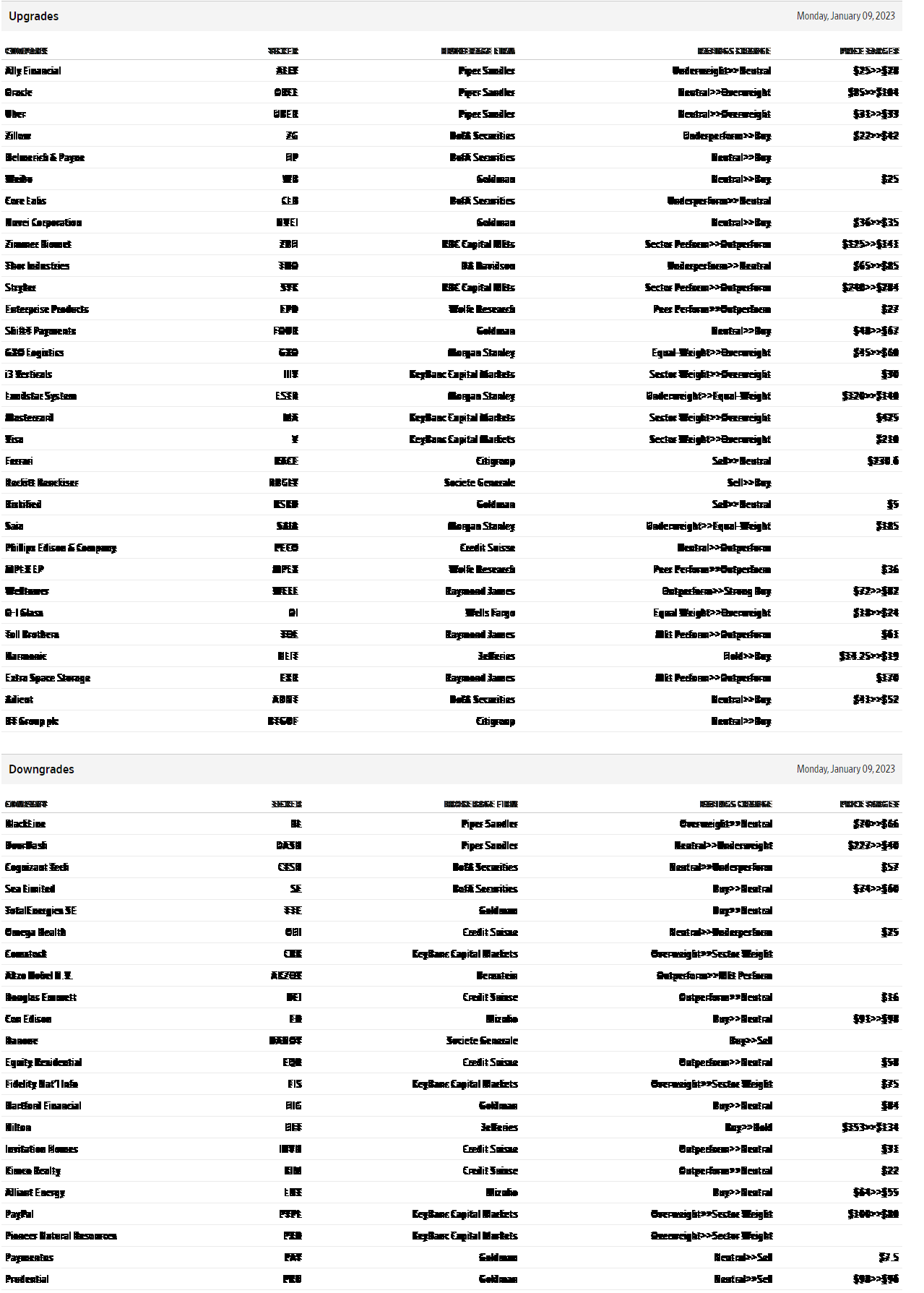