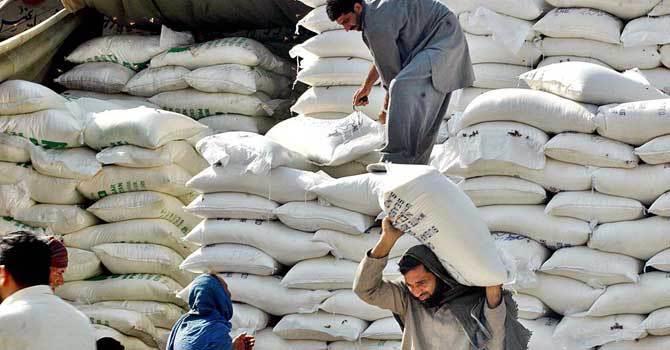 Khyber Pakhtunkhwa and rest of the country are in the grip of a crippling inflation. Majority of people are wondering about the causes of the inflation and price hike while government appears to be helpless in curbing the price hike. In the hullaballoo surrounding inflation, those benefiting from relentless rise of prices are nowhere to be seen.

In KP, prices of poultry, flour and other basic necessities are galloping at an alarming rate while provincial government and district authorities appear to be helpless in stemming the tide of inflation. Besides, authorities have also failed to devise a line of action to control the prices while on the other hand Pakistan Tehrik Insaf (PTI) led government is blaming the federal government for the inflation. Similarly, federal government also appears to be more interested in political saber-rattling instead of address this issue, which is directly affecting the people.

On the other hand, KP cabinet members and leadership of PTI is pinning the blame for the inflation on the federal government. PTI social media handles and leaders are sharing the ever rising prices of commodities instead of taking actions to curb the prices in the province they are in power for past nine years. PTI also appears to be trying to frame a narrative making the ouster of former Imran Khan responsible for the price hike instead of accepting responsibility over prices.

On the other hand, bureaucracy also appears to have closed its eyes towards the public plight as PTI and PMLN are trying to use the inflation as slogan in their mutual fight.

People from across the KP are standing in queues for hours to just be able to purchase a bag of flour to feed their families while KP government is only blaming the center.

KP bureaucracy appears to have completely failed to stem the tide of price hikes and provincial government decision to give control of 24 departments in district to the deputy commissioner has also created administrative issues. District administrations across the province appear to be completely helpless in face of rising prices.

KP government has administrative powers of 24 departments at district level to bureaucracy, which already had powers over oversight of development projects and other financial powers. Currently, DCs are center of power at district level while this concentration of power has resulted in their complete failure in addressing their responsibilities.

At district level, price control is the responsibility of district administration; however, most of the times, these officials could spend hours in useless meetings. At times some officers go out in field in expensive vehicles and do photo sessions showing the officers raiding the shops and bazaars and post on social media. In reality neither price lists are implemented anywhere in the province nor there exists any mechanism to implement the prices, thus bazaars have been left at the mercy of speculators.

In the past, magistracy system used to the keep prices in check; however, district administration has now been reduced to making claims. An official handout recently informed the chief secretary was informed in a meeting that the prices were under control in the province. However, long queues of the citizens trying to purchase floors at Ashraf Road, a stone-throw from the chief secretary offices were mocking the official pronouncement of everything being under control.

Markets have assumed the role of determination of prices

KP is witnessing a new trends of inflation as in the past prices of different commodities used to go up after a couple of months; however, these days the prices are changing with each passing moment.

In the past, Peshawar had recorded highest price of chicken at Rs 330 per kg, which recently jumped to Rs 410. Similarly, bread of 130 grams was available for Rs 20 and now bread of 140 gram weight is costing Rs 30 while bread weighing 200 grams is being sold for Rs 40.

Similarly, flour prices are wildly fluctuating and bag of flour costing Rs 2850 in the morning will jump to Rs 3000 in the evening.

Uncertain and unexpected price hike are causing serious issues for general public. Most of the general public is encountering different rates for commodities and other edibles in the morning and evening. In the meanwhile, officials of district administration conduct raids and impose fines in different places; however, with the dusk falling, the pushcart vendors start charging public at will while KP government has failed to activate price review committees and people have been left at the mercy of speculators.