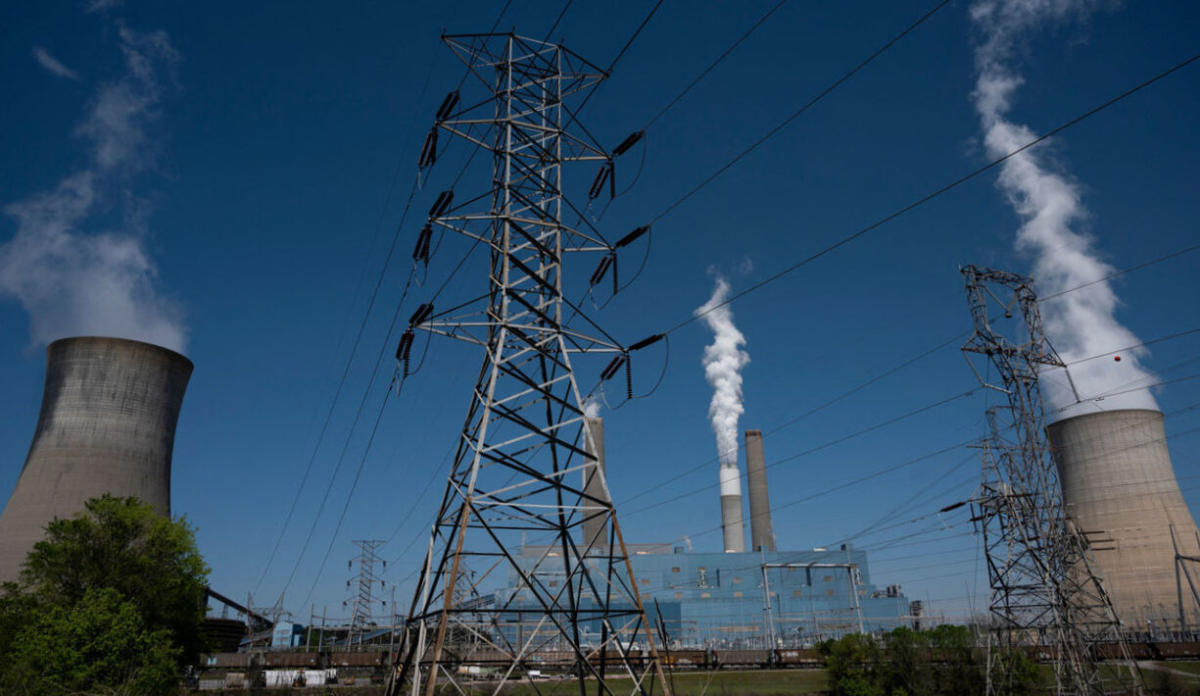 Preliminary U.S. carbon-emissions data for 2022 is in, and as expected, the country is not on course to meet its Paris Agreement commitment to halve economywide emissions by 2030.

But despite the bad news, the new data released by Rhodium Group on Tuesday offers signs of hope for reaching that goal. The trick will be to accelerate an already ongoing shift to carbon-free electricity and put the rest of the economy on a path to moving from fossil fuels to electrification.

Rhodium Group estimates that overall greenhouse gas emissions rose 1.3 percent in 2022 compared to 2021, on top of 2021’s 6.5 percent rise from the previous year. Together, the past two years of emissions increases have almost erased the 10.6 percent decline in emissions in 2020, which was largely the result of the global shutdown of economic activity at the height of the Covid pandemic.

But Rhodium Group’s preliminary data does show that the U.S. economy grew at a faster rate last year than did emissions — a positive indicator. For roughly the past two decades, economic growth and emissions growth have increasingly been “decoupled” in this way, but 2021 saw an interruption to that trend as emissions grew faster than the economy. In 2022, decoupling was back — gross domestic product grew 1.9 percent while emissions increased only 1.3 percent.

The decoupling of carbon emissions and economic production is happening by far most quickly in the electricity generation sector, which is responsible for about one-quarter of U.S. carbon emissions. While emissions from the transportation, industry and buildings sectors all increased last year, electricity generation saw a slight drop — the result of coal-fired power being displaced both by cheaper fossil gas and by increasingly cost-effective renewable energy.

Coal’s share of U.S. power generation fell to 20 percent in 2020 — half its 2014 level. In 2021, coal use bucked a years-long decline and increased, but Rhodium Group estimates that it decreased by 8 percent in 2022, returning to the long-term trend.

Cheap fossil gas had taken up much of the slack during the early years of coal’s decline. But in the past half-decade, wind and solar power have become the most cost-competitive option for newly built generation capacity across much of the U.S. Renewables overtook coal in the share of electricity generated in the country for the first time last year.

The unprecedented clean-energy incentives and investments offered by the Inflation Reduction Act are expected to supercharge the cost advantages of renewable energy. Recent analysis shows that wind and solar, used in tandem with lithium-ion batteries and energy efficiency and demand flexibility, will be a more cost-effective option than new gas plants in almost all circumstances in future years.

Cleaner electricity is also the linchpin for decarbonizing the transportation, industrial and buildings sectors. Rhodium Group’s analysis indicates that emissions from transport and industrial energy use increased only slightly in 2022. But that increase was limited by inflationary pressures and fuel costs constraining energy demand rather than by significant shifts to lower-emitting energy sources.

Meanwhile, the buildings sector was the only sector to rebound to pre-pandemic emissions levels in 2022, according to Rhodium’s preliminary data. That was largely driven by increased demand for heating fuel during an unusually cold winter early last year. That points to the need for policies that spur the replacement of fossil-fueled building heating with heating systems powered by increasingly clean electricity.

The Inflation Reduction Act could drive a significant decrease in emissions from these four sectors, getting the country roughly two-thirds of the way to its 2030 goal of a 50 to 52 percent reduction below 2005 levels. But according to Rhodium’s preliminary data, U.S. emissions were only 15.5 percent below 2005 levels at the end of 2022. Rising emissions over the past two years have left the U.S. in need of significant efforts to bring reductions back on track.

Even with the Inflation Reduction Act in play, “more aggressive policies are needed to fully close the gap to 50–52% by 2030,” Rhodium Group writes. “In 2023, federal agencies can close this gap further by proposing aggressive regulations that drive down emissions. These actions, together with additional policies from leading states as well as action from private actors, can put the target within reach — but all parties must act quickly.”