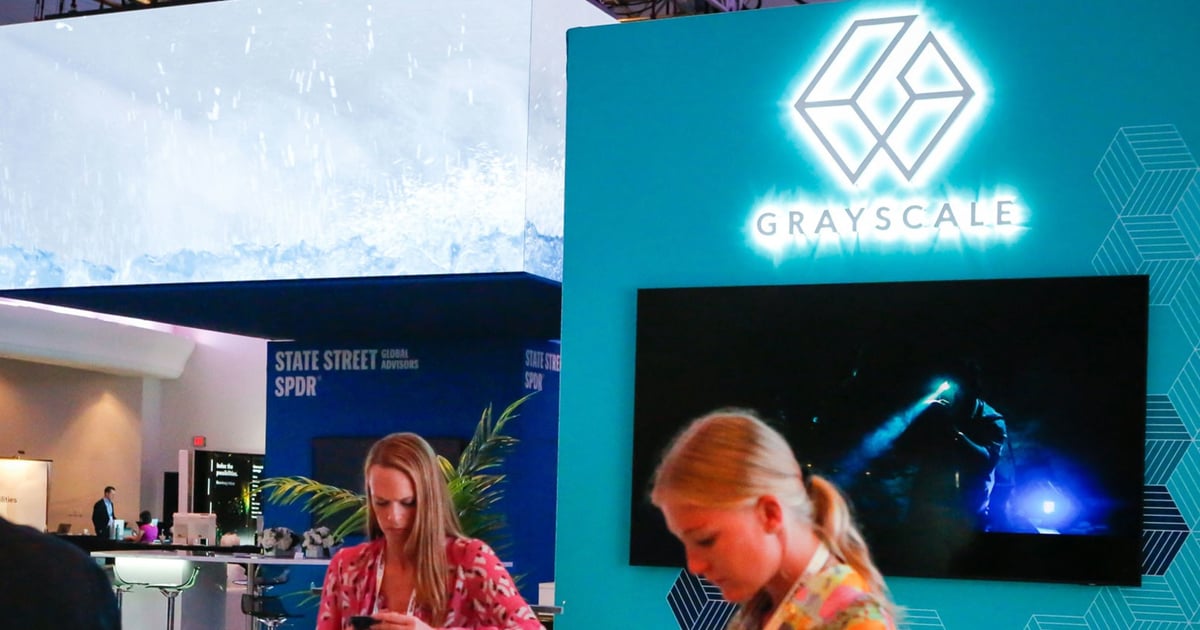 The drama continues at Grayscale Bitcoin Trust, a cryptocurrency trust that currently trades at a massive 50% discount and is a bellwether for the collapsing industry.

On Monday, Fir Tree Partners and Grayscale traded barbs in the media and legal filings in an ongoing lawsuit that three Fir Tree hedge funds filed against the crypto fund.

Last month, Fir Tree filed the lawsuit in Delaware Chancery Court alleging potential mismanagement and conflicts of interest at Grayscale. Fir Tree funds are shareholders of the Grayscale Bitcoin Trust, and on Monday the firm said Grayscale’s answer to its suit “continues to obfuscate the facts and refuses to provide clear information to GBTC shareholders. Grayscale has the power to open redemptions and create liquidity for its investors, yet is choosing not to do so,” Fir Tree said in a news release.

“Instead of owning this fact, Grayscale management continues to create the impression that their decision is driven by regulatory concerns, and ignores the reality that they can allow redemptions at any time, provided GBTC is not simultaneously creating and redeeming shares.”

On Monday, Grayscale was trading at a discount of roughly 50% to its net asset value.

“They don’t truly understand Grayscale’s business, the crypto regulatory environment, nor the GBTC product structure, and we intend to see them through this litigation process — all the way to court,” said a source at Grayscale.

“Grayscale is in a difficult situation given the massive discount of the fund,” said Kevin Werbach, professor of legal studies and business ethics at Wharton’s Blockchain and Digital Asset project, in an interview.

“It’s not clear to me how these alternatives are workable,” Mr. Werbach said. “All along the structure was a clever workaround to the fact that institutions couldn’t hold the bitcoin themselves. So, I’d hope that investors understood there was always uncertainty.”

Separately, money manager Valkyrie Investments offered to take over operation of the Grayscale Bitcoin Trust at a lower fee — 0.75% annually — and Valkyrie’s co-founder and chief investment officer Steven McClurg said his firm and several different shareholder groups including RedeemGBTC.com, Fir Tree, and others could call for a proxy vote to change sponsors, and “then vote for us to run GBTC.”

In an interview, Mr. McClurg said a proxy vote can be called with 10% of the shares held by at least two separate shareholders, and “it looks like that’s already gathered among various groups. With RedeemGBTC.com, there’s probably 20% of shareholders” that have banded together, he said.

In a letter published in late December on its website, Valkyrie offered to take over sponsorship of Grayscale.

Founded in 2020, Valkyrie offered to become the new sponsor and manager of Grayscale Bitcoin Trust, while at the same time announcing the launch of an opportunistic fund to take advantage of the discount.

Valkyrie manages about $200 million in the digital asset management firm, and manages its own bitcoin fund, which has daily liquidity. The firm also launched publicly traded bitcoin ETFs in 2021, including the Valkyrie Bitcoin Strategy ETF on Nasdaq. That fund holds bitcoin futures.

“Valkyrie have the expertise, but they let go of some staff late last year,” Mr. Seyffart said.

In the letter, Valkyrie outlined its three-point plan for Grayscale: facilitate an orderly redemption for investors at NAV through a Regulation M filing with the SEC; lower the annual fees to 0.75% from 2% currently; and honor investor redemptions in both bitcoin and cash.

Grayscale currently charges a 2% sponsor fee annually, but the fee is calculated on the market value of bitcoin, rather than the much lower market price of the GBTC shares.