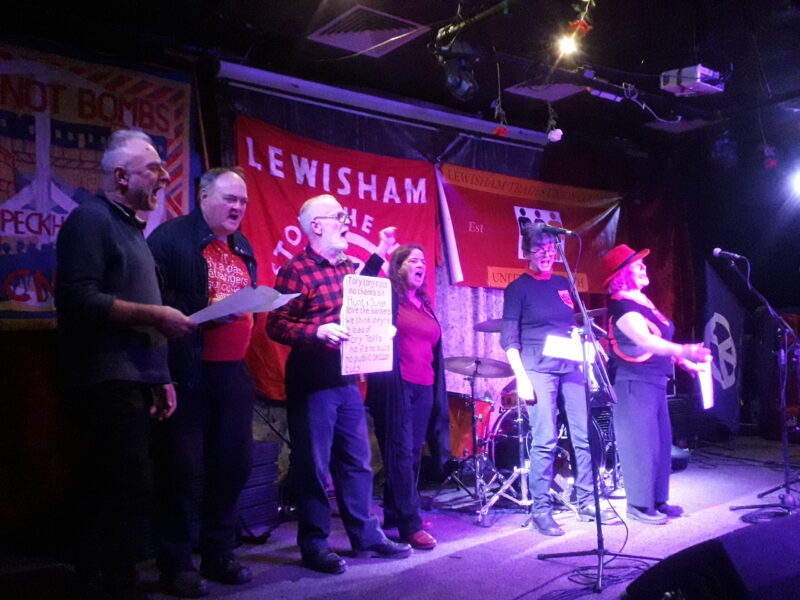 An evening of torrential rain wasn’t going to put off people who have been on picket lines for months and, with brilliant musicians, union activist speakers and the impeccable sound quality of the Amersham Arms, it should have been no surprise that there were around a hundred people at this social event to build for Stop the War’s trade union conference on 21 January.

The narrow passing of a composite motion at the TUC conference, that cynically combined many good statements about the economy, outsourcing, tax avoidance and investment in manufacturing with calls to increase spending on arms, was a wake-up call to trade the majority of union members who never forget that it’s working people who suffer from war, either directly or through the diversion of resources and investment. 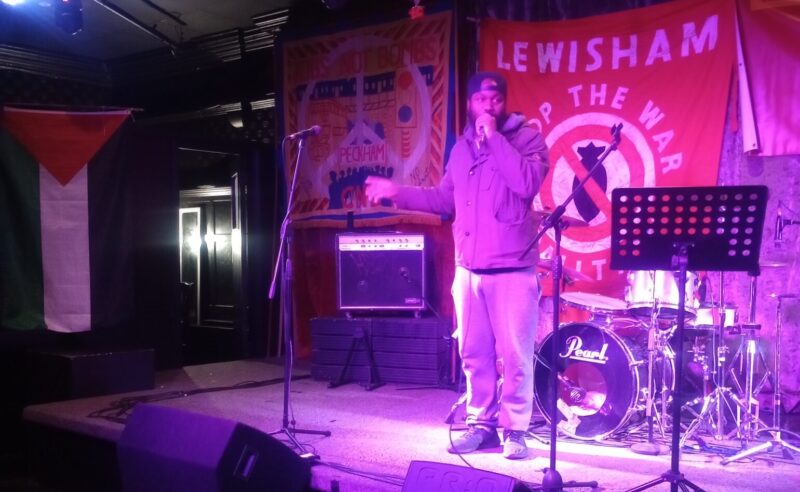 It was intended to promote Stop the War’s conference The World At War: A Trade Union Issue where trade unionists will plan how they can work in their unions to campaign for an economy and jobs not based on arms production.

It was also a fundraiser with a collection that raised a few hundred pounds for RMT, CWU, RCN and PCS strike funds. 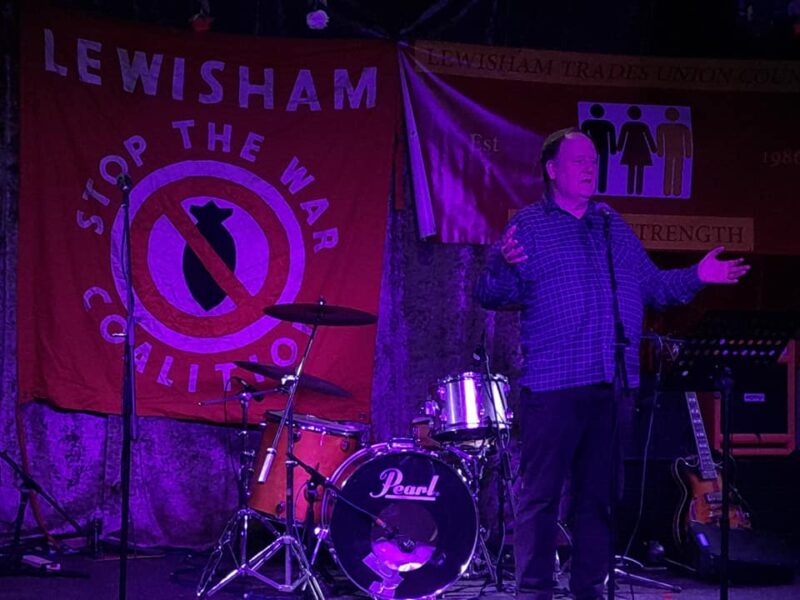 To kick off the evening, Michael Coulston recalled his first involvement with Stop the War through an affiliated union branch, and being on all the marches from 2001 to 2003 under a union banner. John McGrath presented the programme and agenda of the upcoming conference and encouraged everyone present to persuade their branches to send delegates and to register themselves.

Rousing speeches were given by:

Brilliant musical entertainment was provided by: 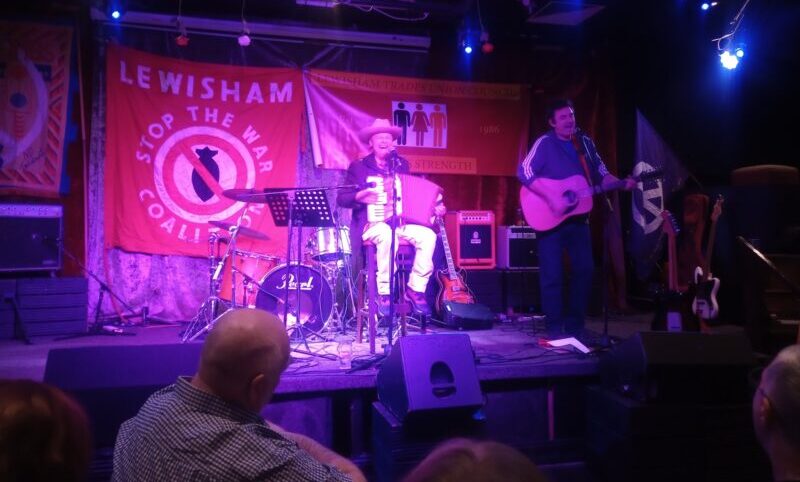