Crypto exchange FTX has recovered more than $5 billion in different assets, not including another $425 million in crypto held by the Securities Commission of the Bahamas, a bankruptcy attorney said during a hearing Wednesday.

This article originally appeared in Crypto Markets Today, CoinDesk’s daily newsletter diving into what happened in today’s crypto markets. Subscribe to get it in your inbox every day. 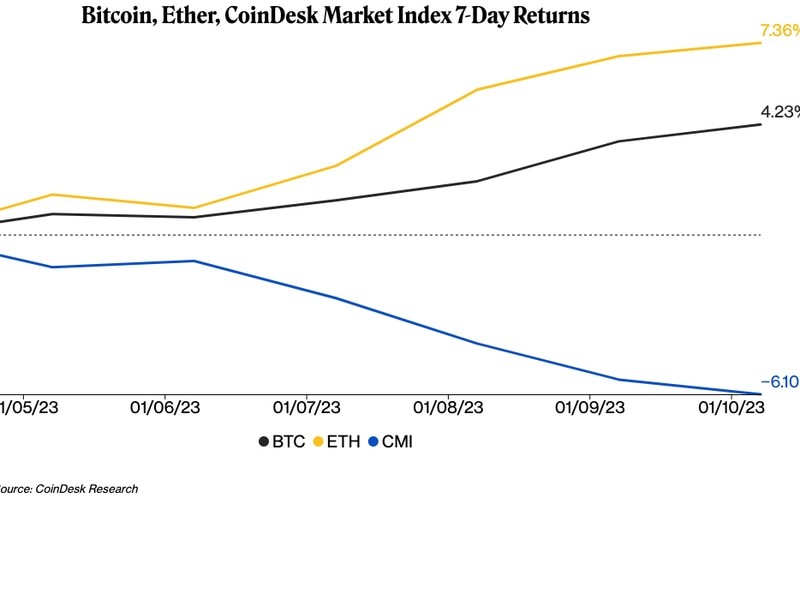 Bitcoin (BTC): The largest cryptocurrency by market value was recently trading at the $17,500 level, almost the same from the past 24 hours. In futures trading, the three-month BTC futures listed on the Chicago Mercantile Exchange, widely considered a proxy for institutional activity, are drawing a premium over the cryptocurrency’s going spot market price for the first time since FTX went bust. Equities closed higher as traders eyed Thursday’s U.S. inflation report. The tech-heavy Nasdaq Composite closed up 1.7%, while the S&P 500 and Dow Jones Industrial Average (DJIA) were up 1.2% and 0.8%, respectively.

Bitcoin SV (BSV): The native token of the Bitcoin SV blockchain dropped 15% after Robinhood said Wednesday that it will end support for BSV on Jan. 25. BSV’s price fell from $44 to as low as $37 and had risen to $40 as of press time. The Bitcoin Satoshi Vision (Bitcoin SV) blockchain was created in 2018 after a hard fork from the Bitcoin Cash blockchain, which in turn was a hard fork of the original Bitcoin blockchain.

Crypto Market Analysis: Is Bitcoin Heating Up? Looking at On-Chain Data for Clues

On Wednesday we are looking at a few pieces of on-chain data for signs of hope or concern on the bitcoin (BTC) market. Like many things in financial markets, we’ll likely find a bit of both. At stake is whether bitcoin’s mini-rally this week above $17,000 is sustainable.

An initial area of potential concern is a recent downturn in new bitcoin addresses. Data from Glassnode shows that higher prices for BTC tend to result in more bitcoin wallets as interest increases, and vice versa.

What may be concerning is the decline in addresses in November while BTC traded relatively flat. This could signal a couple of things: 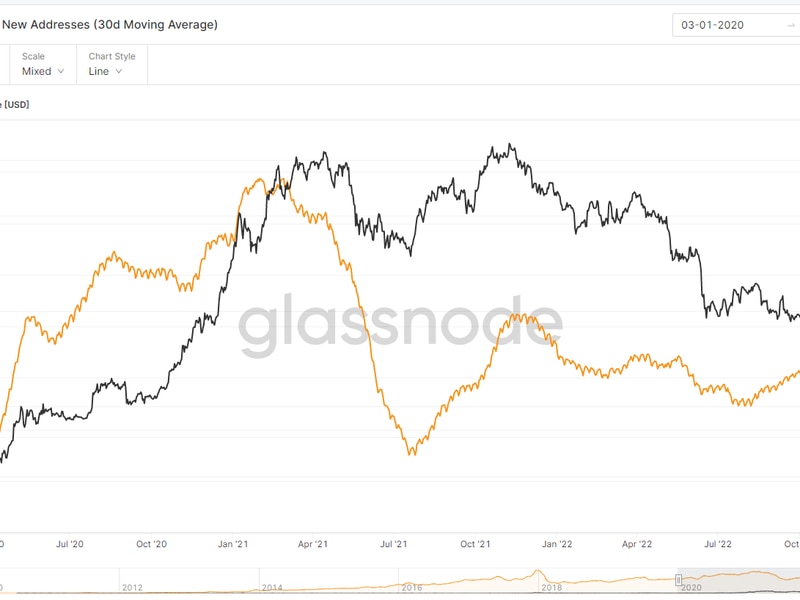 This story originally appeared on Coindesk