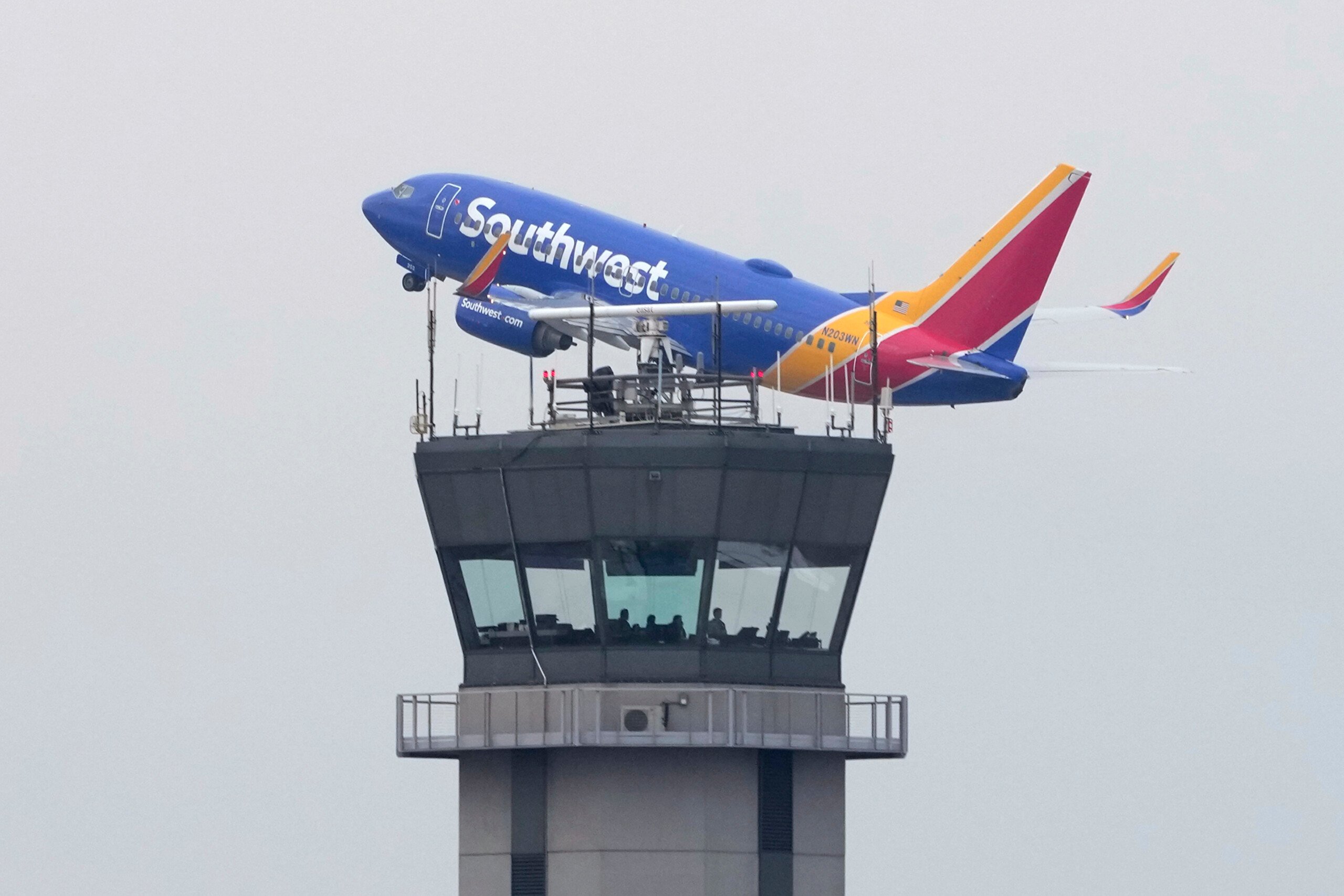 NEW YORK (AP) — The world’s largest aircraft fleet was grounded for hours by a cascading outage in a government system that delayed or canceled thousands of flights across the U.S. on Wednesday.

The White House initially said that there was no evidence of a cyberattack behind the outage that ruined travel plans for millions of passengers. President Joe Biden said Wednesday morning that he’s directed the Department of Transportation to investigate.

Whatever the cause, the outage revealed how dependent the world’s largest economy is on air travel, and how dependent air travel is on an antiquated computer system called the Notice to Air Missions System, or NOTAM.

Before commencing a flight, pilots are required to consult NOTAMs, which list potential adverse impacts on flights, from runway construction to the potential for icing. The system used to be telephone-based, with pilots calling dedicated flight service stations for the information, but has moved online.

The NOTAM system broke down late Tuesday, leading to more than 1,000 flight cancellations and more than 6,000 delayed flights by 11 a.m. Wednesday, according to the flight tracking website FlightAware.

The chaos is expected to grow as backups compound. More than 21,000 flights were scheduled to take off in the U.S. today, mostly domestic trips, and about 1,840 international flights were expected to fly to the U.S., according to aviation data firm Cirium.

Longtime aviation insiders could not recall an outage of such magnitude caused by a technology breakdown. Some compared it to the nationwide shutdown of airspace after the terror attacks of September 2001.

“Periodically there have been local issues here or there, but this is pretty significant historically,” said Tim Campbell, a former senior vice president of air operations at American Airlines and now a consultant in Minneapolis.

Campbell said there has long been concern about the Federal Aviation Administration’s technology, and not just the NOTAM system.

“So much of their systems are old mainframe systems that are generally reliable but they are out of date,” he said.

John Cox, a former airline pilot, and aviation safety expert, said there has been talk in the aviation industry for years about trying to modernize the NOTAM system, but he did not know the age of the servers that the FAA uses.

He couldn’t say whether a cyberattack was possible.

“I’ve been flying 53 years. I’ve never heard the system go down like this,” Cox said. “So something unusual happened.”

According to FAA advisories, the NOTAM system failed at 8:28 p.m. Eastern on Tuesday preventing new or amended notices from being distributed to pilots. The FAA resorted to a telephone hotline to keep departures flying overnight, but as daytime traffic picked up it overwhelmed the telephone backup system.

Some medical flights could get clearance and the outage did not impact any military operations or mobility.

Flights for the U.S. military’s Air Mobility Command were not affected.

Biden said Wednesday morning that he was briefed by Transportation Secretary Pete Buttigieg.

“I just spoke to Buttigieg. They don’t know what the cause is. But I was on the phone with him about 10 minutes,” Biden said. “I told him to report directly to me when they find out.

Julia Macpherson was on a United Airlines flight from Sydney to Los Angeles on Wednesday when she learned of possible delays.

“As I was up in the air I got news from my friend who was also traveling overseas that there was a power outage,” said Macpherson, who was returning to Florida from Hobart, Tasmania. Once she lands in Los Angeles, she still has a connection in Denver on her flight to Jacksonville, Florida.

She said there have been no announcements on the flight about the FAA issue.

Macpherson said she had already experienced a delay in her travels because her original flight from Melbourne to San Francisco was canceled and she rebooked a flight from Sydney to Los Angeles.

Similar stories came out of Chicago, Washington, Atlanta, and other major U.S. airports.

European flights into the U.S. appeared to be largely unaffected.

Irish carrier Aer Lingus said services to the U.S. continue, and Dublin Airport’s website showed that its flights to Newark, Boston, Chicago, and Los Angeles were running on schedule.

“Aer Lingus plan to operate all transatlantic flights as scheduled today,” the carrier said in a prepared statement. “We will continue to monitor but we do not anticipate any disruption to our services arising from the technical issue in the United States.”

It was the latest headache for travelers in the U.S. who faced flight cancellations over the holidays amid winter storms and a breakdown with staffing technology at Southwest Airlines. They also ran into long lines, lost baggage, and cancellations and delays over the summer as travel demand roared back from the COVID-19 pandemic and ran into staffing cutbacks at airports and airlines in the U.S. and Europe.