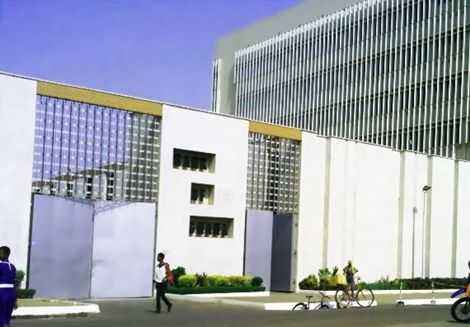 Some commercial banks in the country have started sending messages to their individual bondholders to subscribe to the government’s Domestic Debt Exchange Programme (DDEP) by close of day Thursday (Jan 12, 2023).

One of such messages the Graphic Online accessed read;

When the Graphic Online placed a call to the bank, it confirmed the message and noted that, those who did not sign on would lose their principal, a warning that did not appear in the message sent.

The call comes at a time when there is strong dissent to the invitation by the government for individual bondholders to sign onto the DDEP.

Today, a group of individual bondholders held a press conference to push the government to exempt them from the programme.

There is also another group, numbering about 250 which is seeking to engage the government to rescind its decision or face a court action.

Behind the scenes, corporate institutions are battling with the government to revise its programme.

Among many other issues including the various agitations from labour and the financial services sector, the government, on December 24, announced its decision to extend the expiration date of the invitation from Friday, December 30, 2022 to Monday, January 16, 2023 at 4:00 p.m.

Per a press release circulated by the Ministry of Finance, the settlement date for the invitation is now expected to occur on Tuesday, January 24, 2023, or as soon as practicable thereafter, but no later than the longstop date which is now scheduled for Tuesday, January 31, 2023, unless further extended by the government pursuant to the invitation.

The announcement date per the release, is now expected to occur on or about January 17, 2023.

In addition to the foregoing extensions, the government announced the following modifications to the Invitation to Exchange, which are set forth in further detail on a Term Sheet:

-Offering accrued and unpaid interest on eligible bonds, and a cash tender fee payment to holders of eligible bonds maturing in 2023;

-Setting a non-binding target minimum level of overall participation of 80 per cent of aggregate principal amount outstanding of eligible bonds; and

-Expanding the type of investors that can participate in the exchange to now include individual investors.

These modifications, the release said, will be set forth fully in an amended and restated exchange memorandum which is expected to be published during the week of December 26, 2022. Conforming changes (including adding and modifying defined terms) in respect of the above amendments and modifications to cure ambiguity, omission, defect, error or inconsistency may be included in the amended and restated exchange memorandum.